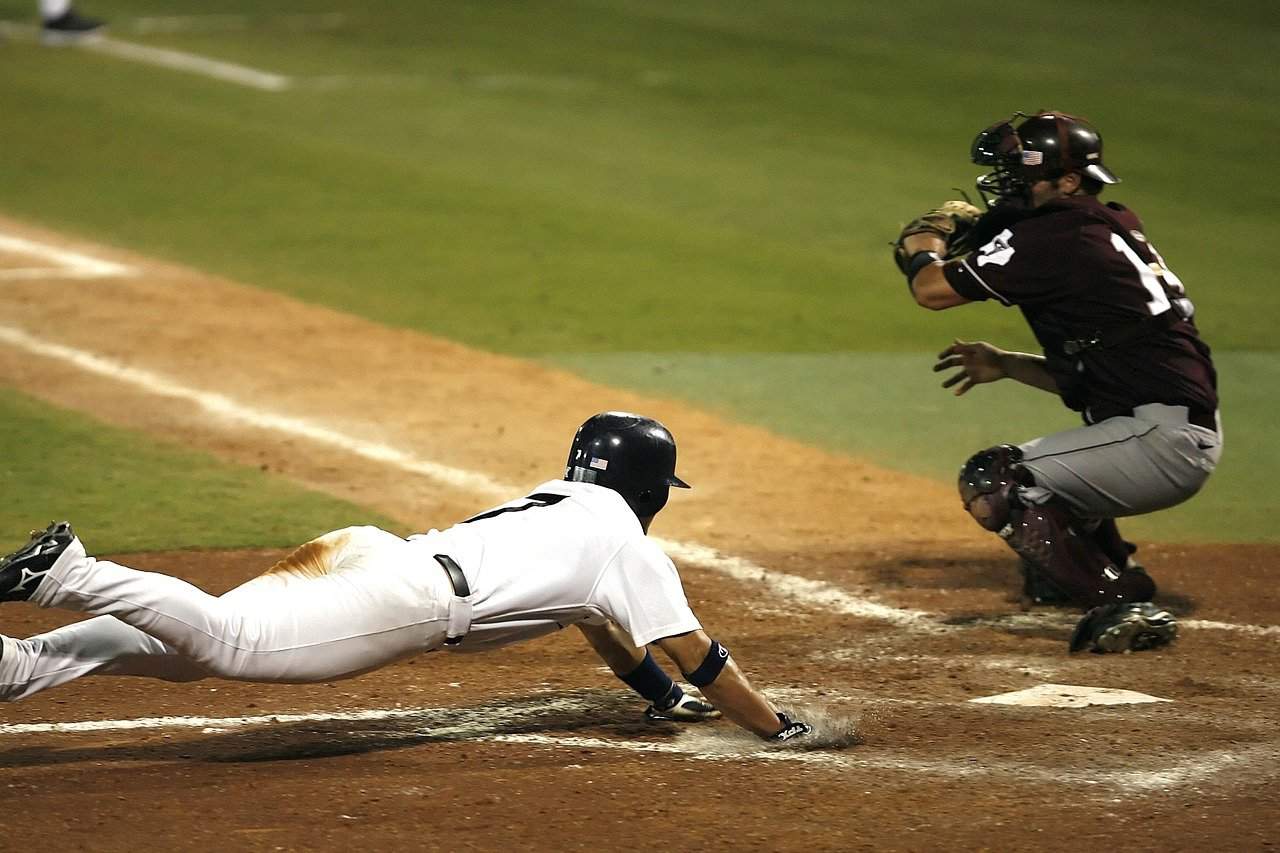 So you want to know what it takes to get a college baseball scholarship?

Well, in this article we will break down the process of earning that scholarship.

Disclaimer: We aren’t simply going to tell you what you want to hear. Earning a college baseball scholarship is not easy, and we won’t make it seem like it is.

So how can you make it happen?

This may seem obvious, but I feel like everyone ignores this fact.

This is the part that no one wants to talk about. Earning a college baseball scholarship takes talent.

A lot of talent.

Much more than most people realize unless they’ve played college baseball.

Sure, sometimes guys get overlooked. Sometimes guys end up playing at a lower level than they are capable of.

But that doesn’t happen as much as people like to act like it does. It’s just really difficult to play college baseball. It’s even more difficult to convince a coaching staff they should pay your tuition to do so.

Showcases are only valuable if you have talent to showcase. I’ve seen families spend thousands of dollars just to make it obvious that they don’t have the skills to play at the next level.

I’m not intentionally trying to be harsh, it’s just the truth.

According to Scholarshipstats.com, only 11.1% of high school baseball players will play any level of college baseball. Only 2% will compete at the Division I level.

These numbers have been pretty consistent over the years.

Now just because the odds are against you doesn’t mean it’s not worth pursuing. Someone who isn’t good enough as a sophomore could very well earn a significant scholarship by the time they graduate high school.

I’m just trying to make it clear that a lot of people/organizations ignore the fact that the majority of players will never be good enough to play in college.

But they sell them on the $500 showcase anyways.

Of course I root for the kid that no one thought would make it that ends up proving everyone wrong. I’ve coached a few of them myself and that transformation was incredible to watch.

But I think it’s important to have some perspective and be smart about where a player IS, and where they may be capable of going.

That being said… if a scholarship is a real possibility here are some tips that can help.

The beauty of the world we live in is that you have the power to reach anyone from your phone or computer.

You aren’t limited anymore to the local schools that can come out and watch you play. You can reach more coaches than anyone in history.

The video doesn’t need to be any longer than about 1-2 minutes.

Coaches can tell pretty quickly if you are someone they are interested in recruiting.

A few game at bats and some defensive work is all you need to pique their interest. If you are a pitcher include a few different angles if possible.

Put it all together in iMove and now you have a really nice “recruiting video” that others may charge you hundreds of dollars for.

Most likely you won’t earn a scholarship from sending this out, but the idea is to get on their radar. This is absolutely the best way to get the ball rolling.

3. Don’t Wait For Coaches to Come to You

This is by far the biggest mistake I see players and families make when it comes to the recruiting process.

They go to a few showcases and camps and just hope that the coaching staff will have some interest. Or you play 40 summer games, with no one watching, and assume somehow that’s going to get these schools blowing up your phone.

Whether you like it or not, you are going to have to be your own marketing team. A few top recruits may be able to sit back and watch the phone ring, but for most guys it will take a lot of outreach.

A LOT of outreach.

Most coaches won’t respond but that shouldn’t discourage you. It’s part of it.

And PLEASE… PLEASE don’t have your parents email on your behalf. For most coaches that just looks like they want it more than you do, and it’s not a good look.

If you keep going to camps and showcase and never do anything to stand out then you are just another number.

Introduce yourself to every coach when you have the chance. Send a thank you note after the camp/showcase is over. I promise you may be the only guy to do this, and it will make a difference.

4. Use Social Media to Your Advantage

This plays back in to the idea of you getting out there and marketing your ability to college coaches.

Another golden opportunity are your social media accounts.

A short video sent through email or posted online can really help get you on the “follow” list of a lot of schools.

Twitter is probably one of the best places to showcase yourself. There are some great accounts that are helping a lot of players earn spots on a roster and it costs absolutely nothing.

Their bio reads: “Harnessing the power of social media to break down barriers & prevent players from falling thru the cracks.”

Post your video and tag either one of those accounts. They are great about retweeting and getting your content in front of tons of people.

I’ve talked to players that have been contacted by coaches within minutes of their video being retweeted by these account!

There’s no excuse to not be doing something every day to increase your exposure. If you truly have the ability to play at the next level then someone will give you a shot…. as long as they are able to evaluate at some point.

Use them for good, not evil!

I’ve seen plenty of situations where a school drops a kid from their recruiting list after seeing what he puts out on his social media accounts.

I know that makes me seem old and out of touch, but it’s true. How you represent yourself matters. A lot of coaches don’t want to deal with players that represent themselves poorly on a public platform.

Summer baseball has exploded in the last 10 years. While this has created more opportunity for players, there are a lot of drawbacks as well.

For some reason the thought process has become to play at the college level you have to play as many games as possible until you graduate. I think this is a flawed way of thinking.

The sophomore in high school that weighs 162 Lbs and throws 67 MPH is better off spending his summer training than playing 45 summer games.

Game experience is great, but going back to #1….. ability talks.

Bigger, stronger and faster is always an advantage.

If you feel like there isn’t a huge upside to more training then sure, get out there and play.

In the ideal world you can do both!

The problem is with most summer schedules, there is very little time for anything outside of games. High intensity training paired with the maximum number of games is just asking for overuse injuries.

You have to be smart when deciding how to balance training and games.

You can get a ton of traction without ever spending a dime or having to travel all over the country.

Eventually, however, you are going to have to get on campus and in front of coaches. This is where the camps and showcases come in.

Unless you have an unlimited budget you won’t be able to attend every single camp. This is where you need to be strategic and make connections. If there are coaches that have seen to play, find out if they would ever have an interest in you as a recruit.

How do you find out? Just ask!

If there is some interest there then maybe it’s worth investing in one of their camps throughout the year.

Just showing up without a plan and just hoping they notice you never really works out.

You have more power than you think during this process.

The next thing you need to do is be on the lookout for showcases where there will be a lot of coaches in one place.

For example, the organization Prospect Dugout hosts showcases across the country and there will typically be anywhere from 20-40 schools represented.

The cost is usually under $200 which is awesome.

I’ve watched players go through this process over and over again and it can be really tough. Some that don’t have the ability just can’t let go while others agonize over which school to choose.

No matter what you do, the odds will always be against you.

So do what no one else will. Be different.

Do things that coaches don’t expect from 16-18 year old young men. Go introduce yourself, email them yourself instead of letting your parents do it, and send a hand written thank you note after you attend a camp.

All of these things will go a long way, and paired with ability you will be on your way to signing day!