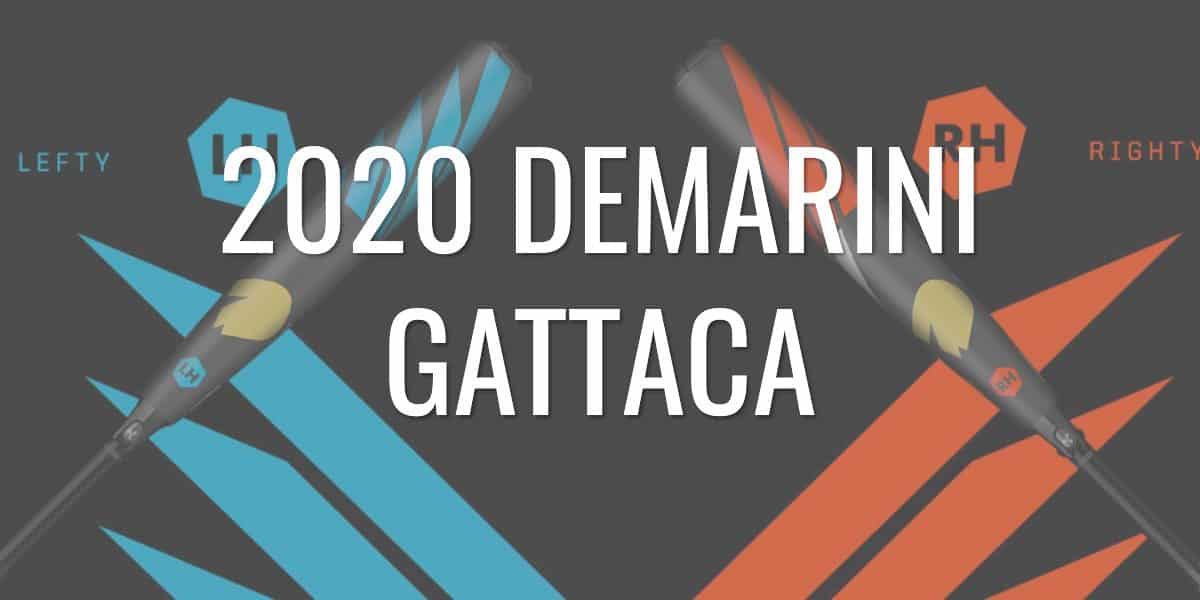 The bat industry is big business.

Companies are in constant competition to innovate and bring something new to the market.

What players want, however, is results.

While aesthetics are nice, what really plays in the eyes of the consumer is the ability to pick up a bat, walk to the plate with confidence and consistently barrel the ball.

Only a few things over the years have been game changing to the bat industry.

Things like moving to a -3 and the restrictions placed on BBCOR bats are a couple things that really pushed companies to engineer new solutions.

For a while, there hasn’t been much movement or anything that struck me out of the ordinary. Until…

I read that Demarini had a bat specially designed for right handed or left handed hitters.

I immediately though of the joke that coaches play on players when they tell them to go grab the left handed bats.

Is this really a thing?

Demarini has been releasing some of the best baseball bats on the market for many years so I was definitely curious to find out more.

For a better explanation let’s take a look at the bat and the technology behind it.

The Gattaca has two versions..

The reason they have a different bat for righties and lefties goes back to the technology.

When it comes to launch angle, Demarini claims to have “cracked the code.”

Launch angle, exit velocity and spin have been hot topics in the baseball world the last couple of years. (Just search launch angle on Twitter and you’ll see what I mean.)

While many tend to disagree on how to correctly use these measurements, what we should all agree is that they have an impact on results.

First it’s important to understand what this bat does and does not claim to do.

It does not claim to turn poor contact into a frozen rope in the gap!

What Demarini does claim is that the Gattaca has the potential to increase results of your best contact. They goes as far as to say players can see a 10% increase in distance at their highest exit velocity at launch angles between 20 and 30 degrees.

So how do they accomplish these results?

Demarini highlights 3 pieces of engineering and technology in this bat.

Let’s take a look at each of these elements.

The Adjust on Demand (AOD) Knob

The AOD knob literally allows a hitter to adjust the position on the knob on the bat prior to or even during an at bat.

This allows a hitter to effectively make a bat longer on shorter depending on the at bat or even the count.

I’m not sure how much of an advantage this type of knob is over the tried and true tradition of choking up on the handle.

It will definitely have a huge impact on the “feel” of the bat which can be a big thing for a hitter.

I’m not saying that this can’t be an advantage of some sort but on the surface it seems to be more of a cool feature than anything.

Since this is a relatively new option to the bat market, only time will tell.

If players truly love it there is no doubt that it will stick around and other manufactures will find a way to engineer something similar.

The Kryptos end cap is clear, allowing you to see inside the bat and down the barrel.

Once again I think this is a really cool feature but I don’t know how much this really adds to the functionality of the bat.

It’s always important to keep in mind that there are often features that are released in the baseball (and I’m sure other sports like golf etc.) world that are great from a marketing perspective, but don’t do much to improve the performance of the product.

I remember when Worth released a bat in their Copperhead line that had an electronic anti-vibration system built in.

You had to hit the end of the barrel on the ground and a little red light on the knob would turn on! Time to hit baby!

It wasn’t so cool when the bats started exploding and aluminum and wires went flying everywhere!

Finally, this is the innovation that is supposed to set this bat apart.

These internal grooves are designed to improve the launch angle of batted balls in the optimal launch angle zone (between 20 and 30 degrees).

The grooves should be parallel to the ground at optimal contact, which is the reason there are designs specifically for left handed and right handed hitters.

Demarini shares the data collected during the testing of the Gattaca and this is where they get the 10% improvement number.

The Gattaca performed around 10% better than a stock bat (one without the grooves) when a ball was hit at the optimal launch angle and at around 90% of the hitters max exit velocity.

Again, this bat is not designed to magically produce great results from a poor swing and poor contact.

The purpose is to get more from your best swing when you hit a ball at a launch angle that can produce extra base hits and home runs.

If you aren’t at the point as a hitter that you can hit the ball in the gap this probably is not the bat for you.

That is the intention of the Demarini Gattaca.

The jury is still out on this bat and I’m interested to see how the technology is embraced by the baseball community.

As in anything, the market usually decides whether something works.

Great technology or just great marketing……. we will see!

Do you own the Demarini Gattaca or have you used one?

If so let us know what you think in the comments.

Did you notice a difference, positive or negative?