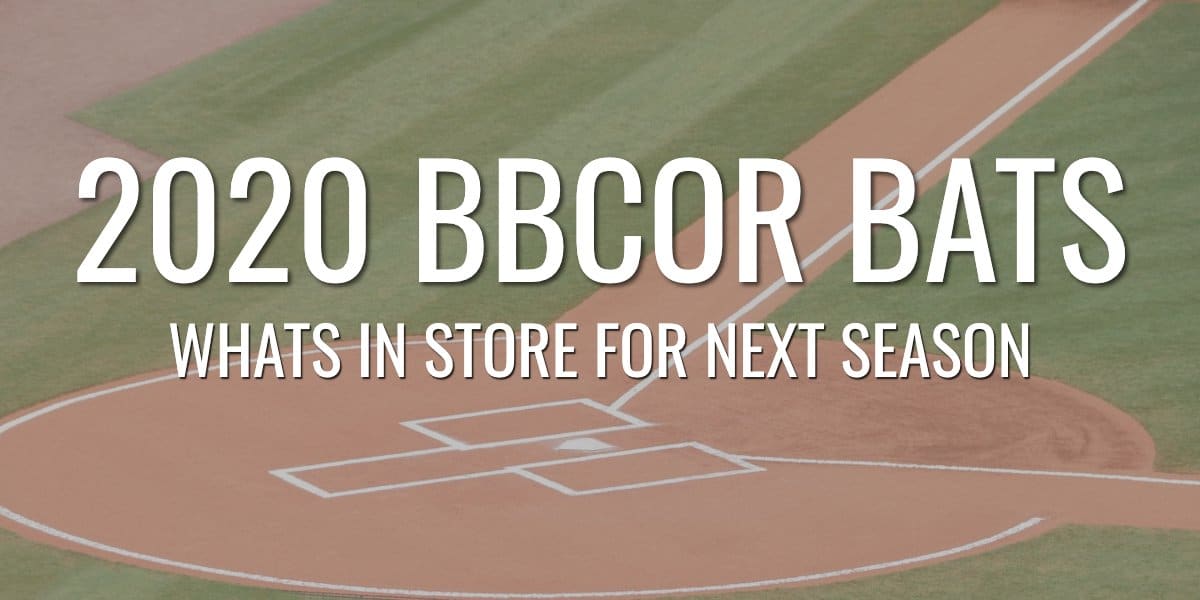 It’s that time of year..

Right around the start of the NCAA Baseball tournament and the college world series, the amateur baseball crowd is at its frenzied peak!

With college baseball becoming so popular, bat manufactures see this as an opportunity to put their new bats in the hands of CWS participants.

As a former player, I always find this pretty shocking.

There is no way you could get me to change bats if I was crushing it going into the College World Series!!

If I was slumping than sure… I would try anything just to dump one over the infield!

But even those that are swinging a hot bat will change going into the thick of the playoffs every single year.

Anything for good marketing!

The good part about this is we get to see a glimpse of what’s to come in the wide world of bats, especially in the BBCOR arena.

Some of these bats are limited edition releases with only 100 ever being made….

Let’s take a look at what has already been released, and what’s to come!

2020 CF Nightfall was a limited edition release with only 100 being produced. If you want one, your only option is to look on eBay or somewhere they are being resold because they are out of stock on the Demarini website!

I will say, this bat is really really good looking. I try not to base too much purely on aesthetics but they got it right with this design.

The silver on black is a great look. I hope they release something similar in the future.

The other recent release from Demarini was the 2020 Gattaca. You can check out our article where we break down the craziness of this bat.

It doesn’t seem like this has been a huge hit in the marketplace so far, but its possible that people are a little freaked out that there are left handed and right handed models.

For a long time that idea was just a joke!

It will be interested to see if this bat picks up any momentum as people explore the validity of this new technology.

This bat has been all over the CWS and is the newest 2020 release from Demarini.

They have a lot of work to do in order to outdo the 2019 CF Zen and Voodoo bats that have been a smash hit.

I’m looking forward to see what they have in store for 2020!

The second I saw this bat I was in love…

I instantly had flashbacks to the TPX Omaha Gold days circa 2001. Man, what a beast of a bat that was.

You could swing straight down, clip the bottom of the ball with the cap of the bat and pop a 2 run shot about 375 feet.

Bats are one area in which the kids of today absolutely do not have it better than we did.

The Meta GLD is another limited edition release and it quickly sold out. You can grab it on eBay though if you are willing to drop about $600!

This bat has been popping it’s head out on Instagram the last couple of days. There’s not much info out on it yet other than it obviously has a massive barrel just like the 2019 Meta Prime.

It will be interesting to see if they pushed to make an even larger barrel in this model.

I really like the color scheme on this one as well. This blue has a strong, but classy look to it. But will it have pop?

I feel like Easton has some work to do with their 2020 release. Their newest line, the Project 3 has experienced lackluster sales in 2019.

That’s not to say that they aren’t good bats. I think that is just what happens when you abandon a line of bats that your customers love and are used to.

The Ghost X and MAKO bats were a huge hit, so I’m not sure why they felt the need to scrap ’em in the BBCOR.

An attempt at rebranding perhaps?

Regardless, it looks like they will be sticking with the Project 3 line. I haven’t been able to find too much yet, but the 2020 Fuze is being used by some Arkansas players and the ADV has been showing up on social media as well.

We will see if Easton can built the same loyalty with the Project 3 line as they’ve had in bats past.

I really like the first release of the Posey28 Pro Metal. If nothing else, it was funny to watch people’s reaction when a “wood” bat made a very loud PING noise at contact.

I have to give Marucci credit, it’s really hard to tell that this is a metal bat (Which obviously is the purpose….I get it).

The new gray finish is a great look as well, with the white “engraving” on the barrel.

This gives you a very similar feel to the CAT8, but with that classic maple bat look.

I’m looking forward to seeing what they will have to offer in their next version of the CAT. I’m guessing….9?

Rawlings has been putting a few teasers out lately about a new bat in their line. It appears that it will be called the Velo Fast.

After sharing this image to their Instagram account they were asked if this would be a BBCOR, USA or USSSA bat.

All they replied is “all we can say is stay tuned….”

I guess we will.

I expect them to release a follow up to the 2019 Quatro pro. This bat seemed to be well liked but I wasn’t a fan myself to be honest.

The Rawlings Velo line has always been a big seller, but the gold model that was released this year didn’t seem to take like others in the past.

This could be why they are hyping up this #velofast?

When Will These Bats Drop?

As I said, some of these have already been released.

Most companies will make their newest bat lines available for preorder some time around August or September.

Look for a rush of new bats to start hitting the market in the fall, just in time for the holiday season… Make sure you get them on that wish list!